The McGinley Group (previously McGinley Human Resources) is delighted to announce that they have been awarded a place on the FT 1000: Europe’s Fastest Growing Companies list for 2018.

Our McGinley CEP MD, Grant Henderson, said of the inclusion "We've been really working on becoming a recruitment company that our candidates simply love to work for, with the guys in the office putting in the extra hours to really push us to new heights. This award is an outstanding bit of recognition for all of that hard work and I'm really looking forward to keeping the growth going!"

With the award now in its second year, the 2018 report has ranked companies from across 31 European countries, based on the highest compound annual growth rate (CAGR) in revenue achieved between 2013 and 2016. With an impressive growth rate of 68.3% across the three-year period, the McGinley Group has been ranked within the top 1000 companies that were assessed and are the second fastest growing recruitment provider in the UK & Ireland.

CEO Colm McGinley said of the inclusion “We are enormously proud to be included in the 2018 FT 1000 list as it takes us one step further on our journey, placing us firmly on the European stage. Being able to maintain this compound growth rate for three years, whilst maintaining our commitment to being a recruitment firm that people love to work for and with, is extremely rewarding. Long may this success continue!”

The success of appearing in this year’s FT 1000 is the latest in a line of achievements for the McGinley Group, having placed on The Sunday Times Virgin Fast Track 100 list in 2015 and earning a spot on the Sunday Times' ‘Best Small Companies to Work For’ in 2017. 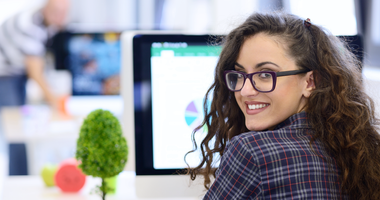