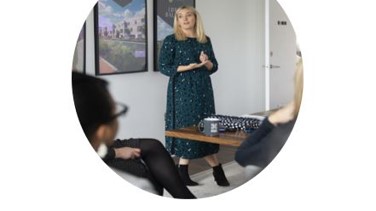 Initially, the construction industry wasn’t one Shelley had considered due to her background being in Marketing and Events, but an opportunity to work with Women into Construction (WiC) was too good to refuse.

Shelley was involved in launching a new programme to support women into the industry in Cambridge “I jumped at the chance and have loved being part of such a creative and dynamic industry ever since.”

“I’ve been truly inspired by Kath Moore, MBE - Managing Director at WiC. She is the driving force of WiC and has supported so many women into the industry. I enjoy supporting and empowering the women I work with - helping them discover how their skills can be utilised in the industry and I enjoy making introductions that create opportunities for them. I also really enjoy talking to stakeholders across the industry about the need and benefit for a gender-balanced workforce, be that at events, in meetings or one to one. It’s something I feel very passionately about.”

“If I were to offer any advice to someone looking to enter the construction industry it would be to look beyond the first roles you think of when someone mentions construction before you write it off. There are so many different opportunities available in the industry and roles to discover. If you’re looking for a career that can offer longevity, creativity and great pay then one of those opportunities could be for you.”

“I think the low numbers of women in construction could stem from women not being encouraged into the industry at a young age historically. So, when it came to starting their career paths, a role in construction wasn’t a consideration - for them, their parents or their advisors. We need to be promoting construction as a career option at an earlier age, so that girls grow up knowing they can work in the industry and boys grow up without forming an unconscious bias towards gender in that sector.”

“The industry also needs to create better pathways for women who may not have considered construction at the start of their career but have fantastic transferrable skills to transition later. I’m also a huge advocate of flexible working and think increased flexible working options for both men and women will go a long way to addressing the imbalance in the workforce, as well as benefiting retainment and overall job satisfaction.” 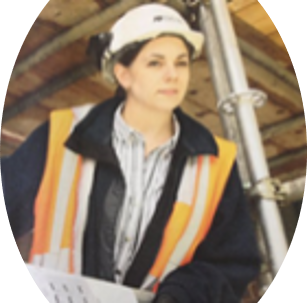 In 2000, Caroline graduated from university with a degree in Project Management. After two decades in the industry, Caroline now works as a Project Manager for Triton Construction. The industry had always appealed to Caroline due to the variety of the work and the promise of no two days are ever the same.

Caroline says that the attitudes towards women in the construction industry have improved in more recent years, however there is still a pressure to exceed expectations as there are “misconceptions from trades when you first meet them as they presume that you have no idea what you are talking about or presume that you are the secretary!”

But despite the stereotypes from male peers, Caroline suggests that perhaps the reasoning for such a large gender gap in the industry may instead fall down to the fact that the environment in general is not easy to work in.

“You have to be a certain type of personality for construction and you need to develop a thick skin. It is not an easy environment to work in and you have to stand your ground. On top of the lack of work life balance, mothers being the primary caregivers can often play against women leading to discrimination.” 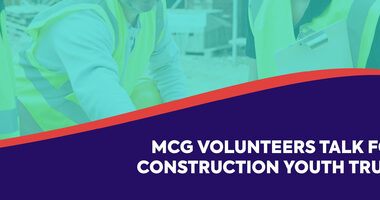 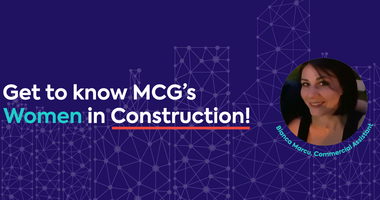 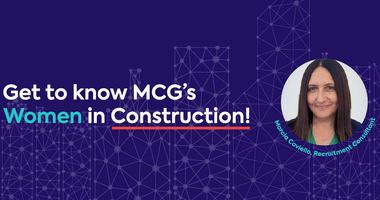